Getting Doored is a real issue and the road design in Vienna often promotes dooring but here is an extra special bit of road design that can only be designed to kill. 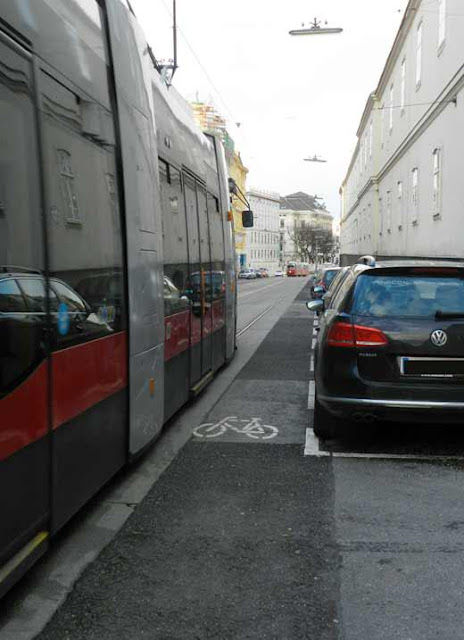 At least cars can swerve when an opening car door throws you in front of them but trams can not stop fast or swerve.

There is clearly a conflict between cars and trams that has been addressed with the orange barrier. It would be terrible for all that heavy metal to get bent but what about human flesh and bones on bikes? 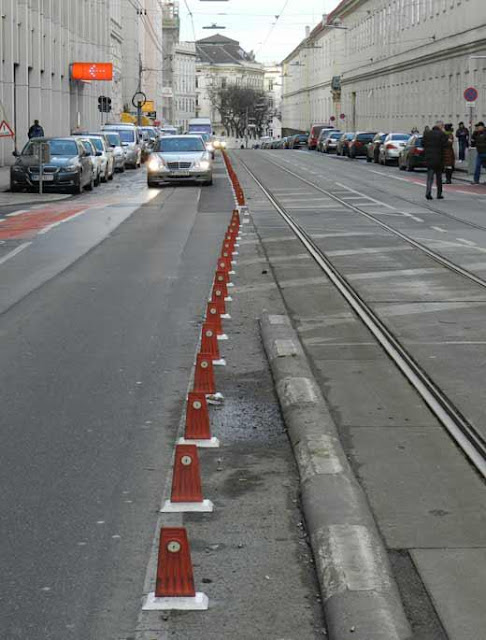 Poor design is one thing but this is Modal Share Cleansing. As with Ethnic Cleansing it appears the City of Vienna trying to kill and terrorize a minority group in the hope they will go away.

(Big thanks to Margit for the Pictures)
Posted by Doug Culnane at 13:31