Beatrixgasse is a 30kmph one way road with cycling allowed in both directions so it should be good for cycling. Most working days I ride along a bit of it and I absolutely hate it.  It is a great example of bad cycling infrastructure even if at first glance it looks perfect.

There is a problem and that is the quickest way to drive from A to B is not the 50kmph limit main multi-lane road (red line) due to number of traffic lights (red dots).  It is the 30 kmph Beatrixgasse.  Drivers know this and use this shortcut as a Rat Run. 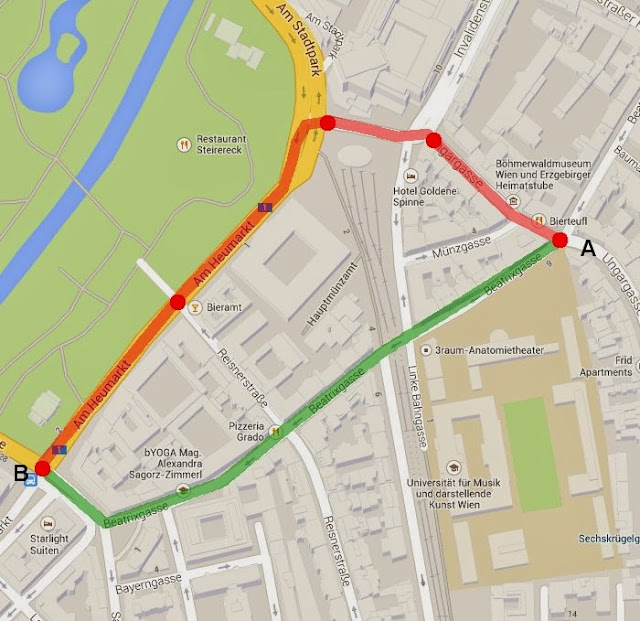 If you are trying to drive from A to B as quickly as possible the last thing you want is a bloody cyclist in the way.  Cycling fast here helps to reduce this conflict but this is not so easy up hill.  Most drivers squeeze past carefully but some squeeze past even if there are obstacles caused by long parked vehicles or cyclists speeding down the hill in the other direction.

There is a very nasty pinch point going into the road as cyclists merge with cars who started from the same red light, which results in a lot of blind overtakes. I am sure it is just a matter of time before I or someone else gets caught in this trap and has a 60kmph impact head on collision with a car.


Yes drivers should be patient and not make cyclists feel uncomfortable or endangered.  However they are taking a short cut and want to get though as fast as possible.  Asking them to be patient is asking them to ignore their current priorities and objectives.  Behavior based solutions will not work no matter how much useless paint you put on the road.

The Function of the road is clearly not clear and it is conflicting.

What would the Dutch do?  I believe they would stop the Rat Running.  This can be done very easily using the one way system like this. 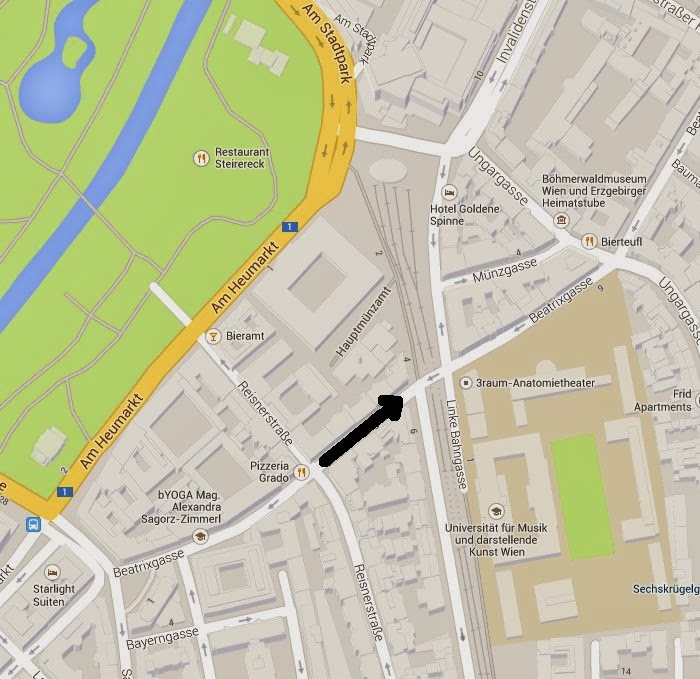 This allows residents or people to access everywhere but stops the road being a short cut for motor traffic.  This would cause a slight inconvenience for some residents that need a longer distance to access their property but in return they have a very very low traffic road to live on.

Dutch Sustainable Safety aims to reduce conflict with clear road function.  Access roads are not also Through Roads.  Conflict of function leads to conflict of design and use and that creates conflict between the users.  This in turn leads to unpleasant danger as different needs are "negotiated".  I have had more than enough of "negotiating" with drivers here...